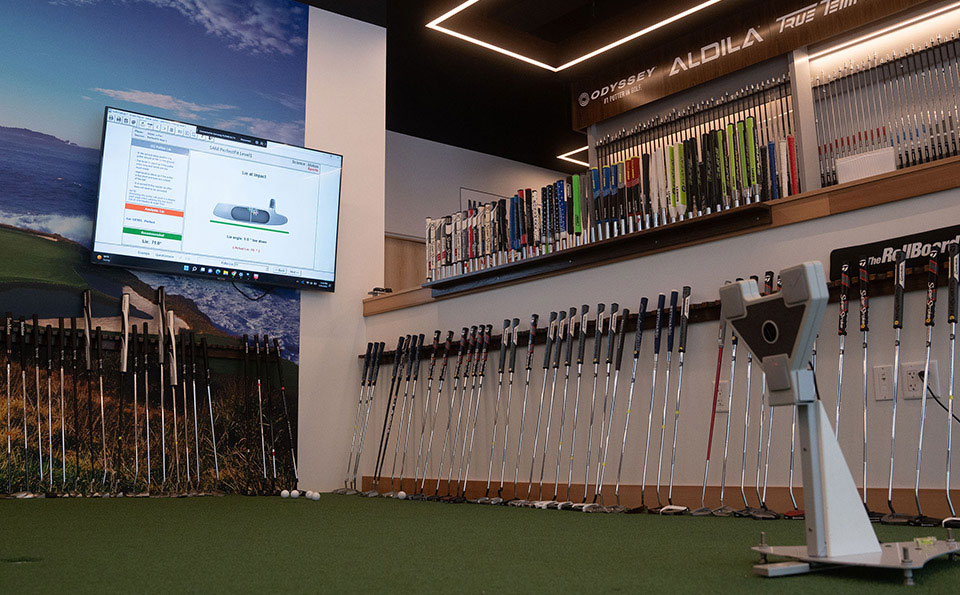 SAVE MORE THAN PAR THIS SEPTEMBER

Elevate your short game with a free* putter fitting! Don’t leave 40% of your strokes to chance—use code PUTTERMONTH at booking.

Hey everyone, thanks for joining us on this episode of What's on the Wall. Each episode we are going to take a look at one of the over 50 brands that we carry every day, and give some insight as to the history of the company, what products they offer, what’s popular with our customers, and what’s new. Today we’re taking a look at what Cobra Golf has On The Wall.

Cobra Golf was founded in 1973 by club designer Thomas Crow. In 1975 he made his first significant introduction to the golf industry in the form of the Baffler utility wood. The Baffler had a special sole designed that was more usable from different types of lies compared to the other woods of the day. In 1979 he started a trend again by introducing the extended length driver. A graphite head and shaft that played at 46 inches. In 1985 they became the first company to offer graphite shaft options in both woods and irons as stock options in their clubs with the introduction of Lady Cobra and senior lines. In the early 2000s they started to get more major tour players on board and the company has been off and running ever since. Now apart of the Cobra Puma Golf Family, Cobra is continuing to innovate. In 2016 they released their LTD line of golf clubs, and an immediate cult-following was created. Combined with the very unique spaceport design, golf media and tour pros alike were raging about the LTD. Fast forward to 2022 and we see a new resurgence of the LTD family in the LTDx lineup.

2016 also saw the signing of now Club Champion Ambassador Bryson DeChambeau, and introduced a new line for Cobra Golf. One-Length. One-length is something that Bryson brought to Cobra, and has seen success with since. They’ve adapted the one-length fitting strategy as they continue to develop products, and here at club champion we’ve got their one-length offerings available for fitting as well. Outside of One-Length, Bryson has been a key assistant in product development for Cobra since he signed with the company. Along with a new addition of Kyle Berkshire, the World Long Drive Champion, Cobra is all about speed and forgiveness, and they’ve got quite the team on board to help. Let’s see what they’ve got on the wall.

New for 2022 is their LTDx family of golf clubs. This family covers everything from driver through the iron set and is purpose built for speed and forgiveness. They’ve got three different models in the line, and we did a Quick Hits on the line at launch, so make sure to check that out for more information. LTDx has already proven itself, and its cult-following is back for support from the original LTD. We’ve some of the fastest ball speeds so far this year from the LTDx heads, and continue to see Cobra keeping up with the chase for speed. The irons in this family are an evolution from RAD Speed and Cobra says they learned alot from their original 3D printed lattice structure to develop what’s now seen in the LTDx iron family of forgiving game-improvement irons.

Speaking of irons, we’re hot off the launch of Cobra’s brand new Forged Tec Irons. This year, they’ve got two models available, the Forged Tec, and the new Forged Tec X which still provides a very clean look in the hollow-body players distance category, while adding even more forgiveness and ball speed off the face. These are already taking off in the fitting bay, and we’ve seen great success with them. These irons are engineered for forgiveness across the face and the way they are using their tungsten throughout the perimeter means more ball speed even when you maybe don’t hit it out of the center of the face. Combine that with their PWRSHELL technology and you get a forgiving, high-launching, fast iron that helps you play better golf. They’re also available in a one-length variant. If you’ve played irons in this category before, you’re definitively going to want to take a look at what Cobra has this year.

Moving down the bag, Cobra also has a great selection of wedges. Jose Muirflor, Cobra’s Vice President of Marketing, has been in the industry for quite some time, and is somewhat of a wedge wizard. Their new snakebit wedges are proof of that. The first thing you’re going to notice about any Cobra wedge is their unique sole design. They’ve got a center cut notch in all grinds that helps the leading edge of the club stay closer to the ground without adding effective bounce. They say their new Snakebite grooves are 40% sharper than previous wedges, which means more spine, more consistency, and straighter wedge shots.

Last, but certainly not least, is Cobra’s latest launch of putters. Announced in 2021, their new line of 3D printed, and Vintage shape putters are great options in the fitting bay. All of their putters incorporate SIK DLT Technology. This Descending Face Technology increases the loft of the putter as you move up the face. This allows for optimal launch even when the attack angle of your putting stroke may be a little bit off. They’ve got plenty of shapes to choose from in both the 3D printed series and the Vintage series, so everyone is sure to find an option to help them roll the ball better on the putting surface.